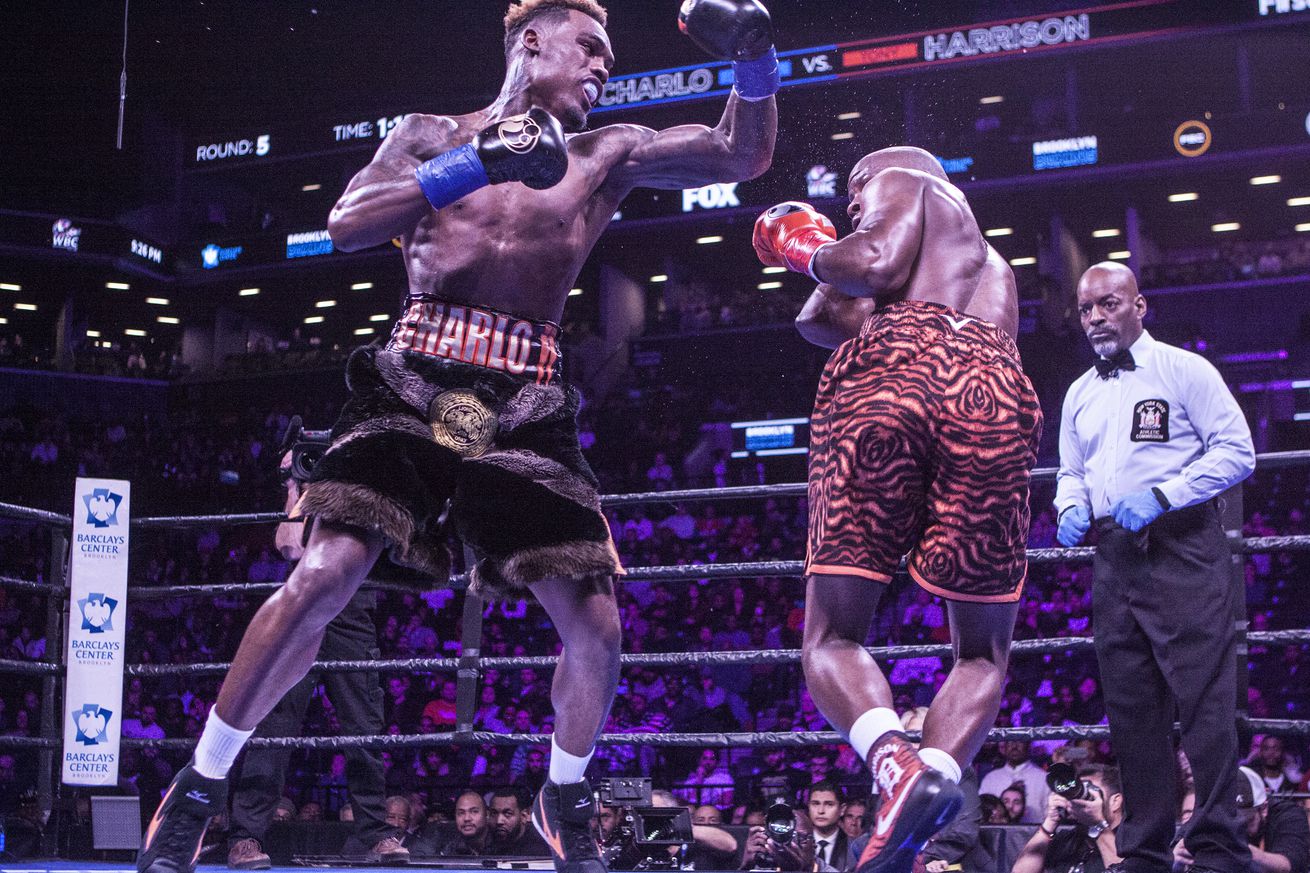 As revealed last week but officially confirmed today, WBC super welterweight champion Tony Harrison will rematch the man from whom he claimed the belt one day before the one-year anniversary of their controversial first meeting. Harrison and Jermell Charlo are set to headline a December 21st PBC on FOX event in Ontario, California.

The pair offered some standard-issue hype.

âThe delay just made me even hungrier heading into this fight,â Harrison said. âWatching Charlo the night we were supposed to go shine (against Cota) and rejuvenate himself, it built up so much hunger in me. Iâm tired of the talk and the noise. Iâm ready to go.â

âI still feel strongly that I won that first fight and Iâm going to do things in a more dominant fashion this time,â Charlo said. âIâm coming in to this fight being the overpowering, strong, ferocious Jermell Charlo. Tony Harrison is not on my level. Itâs my job on Dec. 21 to prove that and to prove my worth. Iâm coming in there mentally focused. When I fought Jorge Cota, thatâs a prelim of whatâs to be expected from me in the future.â

Both men, as is boxing tradition, promised to chase the knockout. Harrison (28-2, 21 KO) said that Charlo (32-1, 16 KO) was âShane Mosley to [his] Vernon Forrest,â which is not a comparison I would have considered.

In any case, the story hasnât changed. Once again, itâs Harrison, the gifted but fragile Kronk product who appeared to have peaked well below projections, versus Charlo, who appeared to have finally shed his reputation as the less devastating of the brothers. Weâll let you know about the undercard as it takes shape.