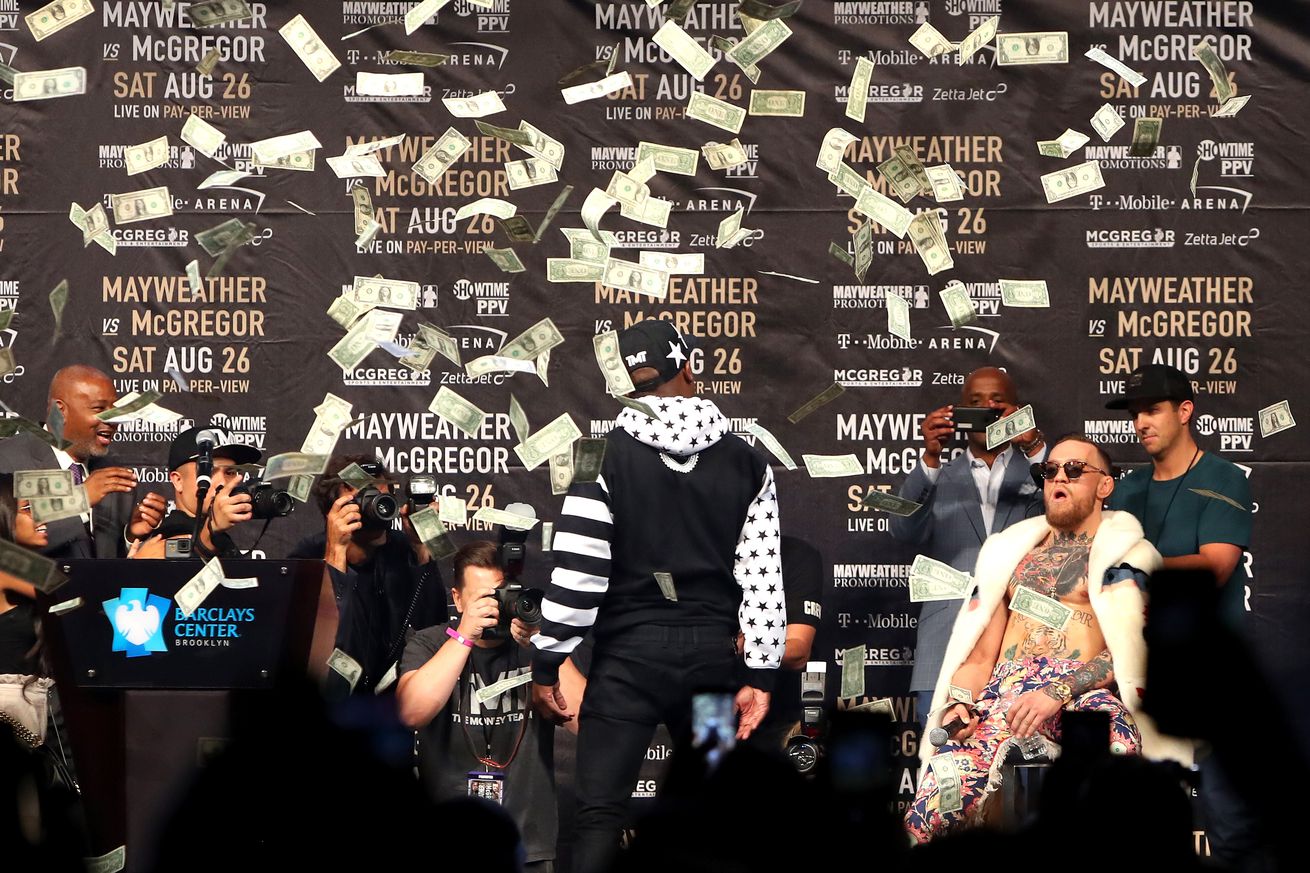 Itâs going to be one heck of a red panty night for Conor McGregor if UFC 246 is as successful as he predicts.

McGregor, 31, estimates heâll make $80 million to fight Donald Cerrone at UFC 246, a staggering number that he said is an all-time high in his MMA career â not to mention any fighter in UFC history.

âIâm confident itâs going to be a nice paycheck,â he said with a smile on âAriel Helwaniâs MMA Showâ during a pre-recorded interview. âThey think Iâm toast, but Iâm still the bread.â

Officially, show and win salaries for UFC 246 have yet to be released. The Nevada State Athletic Commission, which regulates Saturdayâs pay-per-view at T-Mobile Arena in Las Vegas, typically releases disclosed paydays the day prior to the event. In title bouts, those figures rarely represent a fighterâs actual take home check, with potential pay-per-view bonuses and other sweeteners often added to the final number.

Still, the Irish star expects to break an MMA record set by his previous trip to the octagon, a UFC 229 title fight against lightweight champ Khabib Nurmagomedov where he said he made around $50 million. On paper, he took home a disclosed $3 million.

Of course, the Irish starâs biggest overall payday was reportedly over $100 million earned in âThe Money Fightâ against Floyd Mayweather.

McGregor indicated numbers from Australia, Canada, England and Ireland should pad the ultimate buyrate. He said he renegotiated his contract heading into Saturdayâs event and is competing with a one-fight deal. He intends to renegotiate before the next time out.

âI believe thatâs what will happen after this one,â he said.