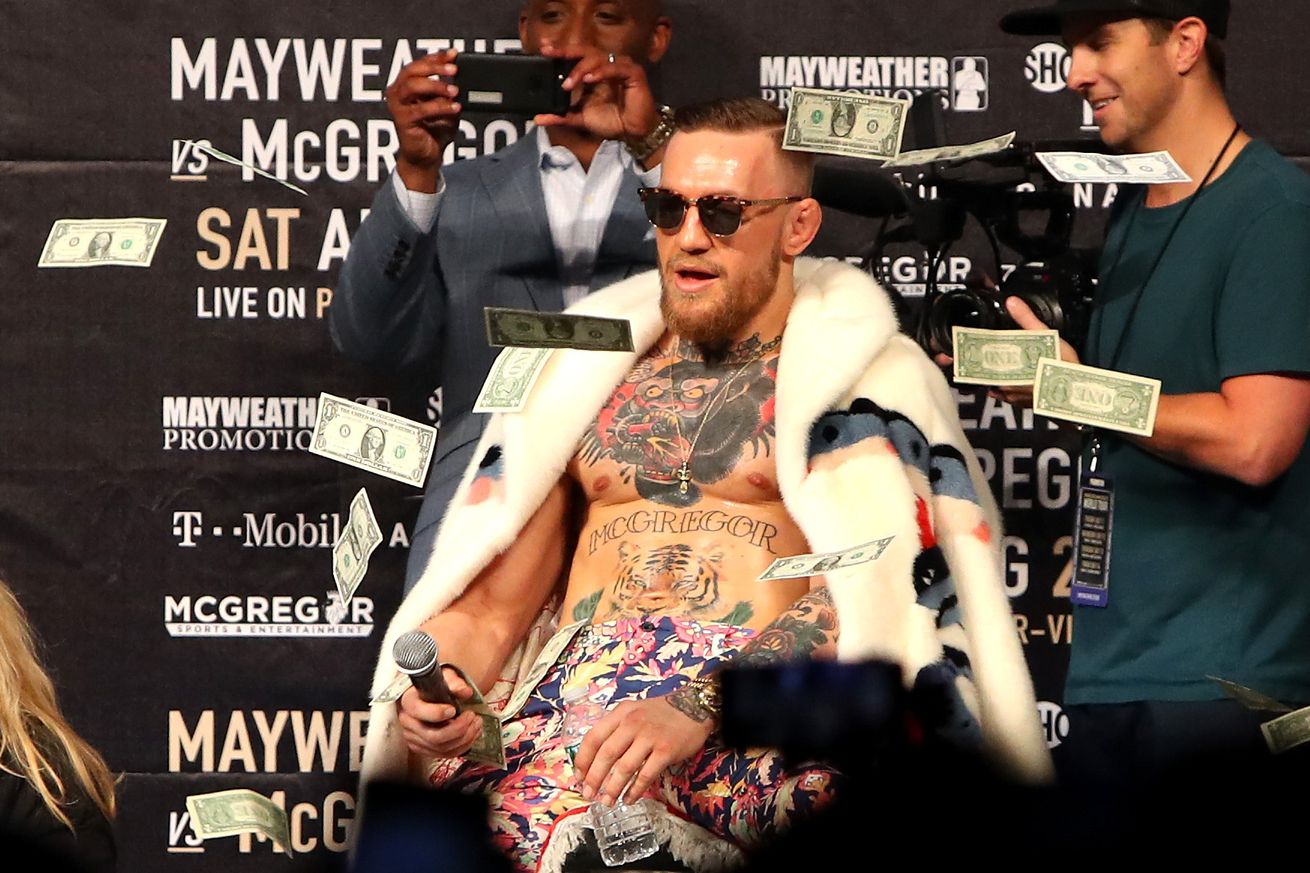 Ahead of his UFC 246 bout, Conor McGregor has made bold claims about his incoming paycheck. He claims he will earn around $80 million for the bout against Donald Cerrone, which if true, would be completely unheard of in mixed martial arts.

When asked about how much he made on his record setting bout with Khabib Nurmagomedov, McGregor paused, then claimed he took home $50 million.

"They think I'm toast, Ariel, but I'm still the bread." @TheNotoriousMMA says he made $50 million for the Khabib fight and predicts an $80 million payday for #UFC246 (via @arielhelwani) pic.twitter.com/UjpLhbDBAC

Just how true are these claims though? Weâve uncovered a lot of financial information about the UFC, especially lately with the on going antitrust lawsuit against the company, and that $50 million claim just doesnât seem to add up.

Bloody Elbowâs business analyst John Nash breaks it down for us.

âI tend to take McGregorâs pronouncements, especially with regards to how much he makes, with a grain of salt,â Nash stated. âHeâs a showman, probably the best in MMA history, and being âMoneyâ McGregor is a big part of the brand he sells. For whatever reason, his fans and the media like to hear and share how heâs supposedly making. He knows this and plays it up.

âMcGregor obviously makes a lot of money fighting. But based on everything that has become public from the antitrust lawsuit, as well as what we know from the UFCâs finances from Moodyâs and sources within the industry, it seems impossible that he is making as much as what is sometimes reported or what he has boasted in the past.â

Nash took a look at all the previous claims, and examined the numbers.

In addition, Forbes has made various claims regarding McGregorâs income, as he has made their list of highest paid athletes every year since 2016. Their list is based on the total earnings for an athlete over a 12 month period from June and May and includes both income from playing and endorsements.

According to the outlet, his 2016 fight earnings were $18 million, while he also made an additional $4 million in endorsements This would have covered his UFC 189, UFC 194, and UFC 196 fights. For 2017, which would cover UFC 202 and UFC 205, they had his total earnings as $34 million - $27 million in fight purses and $7 from endorsements For 2018, Forbes estimated his earning a $99 million, $85 million from the Mayweather boxing match and another $14 million in endorsements. He did not engage in an MMA fight during this period. And last year they had him pegged at. $47 million, $32 million from his UFC 229 fight alone and another $15 million in sponsors.

So how accurate are all those numbers?

Well, we do have idea what McGregor made from some of his events.

According to the Zuffaâs internal âProject Basquiatâ report that was partially unsealed for the antitrust lawsuit, the highest paid UFC fighter was projected to make $15 million in 2016. While the name was redacted we can make a pretty educated guess that it was McGregor. The main reason is that at the time the report was written he was scheduled to fight twice that year, while other likely suspects like Ronda Rousey and Brock Lesnar were only scheduled for one fight each that year. In addition, we know from Hal Singerâs Report that the during the period used for his regression (December 2010 through June 2017) the highest compensation paid out to a fighter for a single event was $8 million (and multiple sources have suggested to me this was Brock Lesnar at UFC 200). This eliminates the other two as possibilities as the highest paid fighter in 2016, and also means that for all McGregorâs talk of $10 million or $25 million purses in 2016, he did not come close to attaining those amounts.

So the amounts he claimed he was getting paid in 2016 were surely exaggerated. Does that mean he didnât make $50 million for UFC 229, or wonât make $80 million for his upcoming match? The internal information we have from the lawsuit ends on June 30, 2017, so itâs impossible know what heâs getting paid.

Perhaps those numbers are accurate?

What makes me hesitant to say they are is when we see whatâs been reported by financial institutions. According to Moodyâs, the UFC had approximately $700 million in revenue in 2016, while Reuters reported they had an EBITDA of $226 million that year.

Moodyâs reported that UFCâs 2018 revenue were well in the $600 millions and using their EBITDA to debt ratio, we could estimate their EBITDA at around $240 million.

Now, with all the cost cutting measures theyâve taken, itâs very likely that they could generate a higher EBITDA even with lower revenues in 2018. But could they do that while paying one fighter $50 million? Or even $32 million? Thatâs a very sizable increase from what theyâve typically paid.

Their highest paid fighter was projected to get 2.3% (from more than one fight) of all their revenues in 2016. Did they suddenly pay McGregor somewhere around 8% of their revenues for a single fight in 2018 and still see in a large increase in their EBITDA margin?

Maybe thatâs exactly what happened, but Iâm a little suspicious of those numbers heâs throwing out.