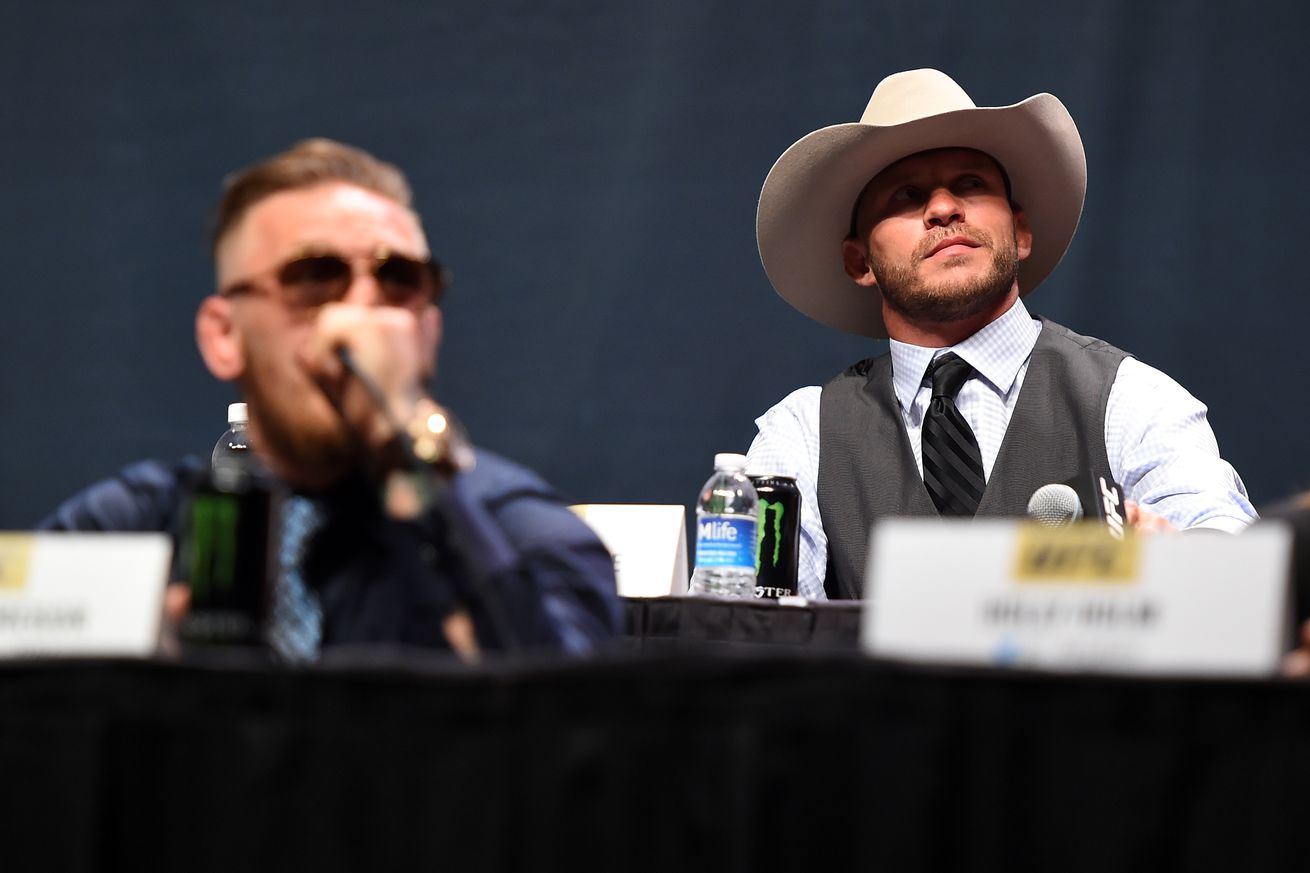 Welcome to the Tinder Predictions series. If you arenât already familiar with these articles then buckle in, youâre in for a roller coaster ride. Ahead of UFC PPV events, Bloody Elbow will take to the popular dating app, Tinder, to see what predictions users have on the headlining fight(s). We will keep a tally and display screenshots of the most interesting comments, predictions âhot takes,â and pick-up lines from our findings.

This chapter of Tinder Predictions comes ahead of UFC 246 on Saturday, January 18, at T-Mobile Arena in Las Vegas, Nevada. Conor McGregor will be facing Donald Cerrone in a Welterweight contest for the cardâs main event.

McGregor will be returning to the UFC, after a 15-month hiatus, despite New York Times reporting that he is currently being investigated for two separate sexual assault cases. He is coming into this fight off a submission loss against Khabib Nurmagomedov, from their fight at UFC 229.

Itâs fairly common for fans to spell McGregorâs name wrong, even if it is a very simple name. There were, however, a few new and uncommon nicknames he was given in this set of screenshots.

Cerrone will be making a timely turn-around from his last fight, just four months ago, where he was finished at the end of the first round by Justin Gaethje.

Here are some extra screenshots that deserved their own spotlight.

With that, we have come to the conclusion of the UFC 246 chapter in the first Tinder Prediction series on Bloody Elbow. In total, we matched with 209 profiles and received 143 official votes.

In conclusion, the Tinder users have spoken, and by their vote, we should expect Conor McGregor to defeat Donald Cerrone in their welterweight main-event showdown at UFC 246.