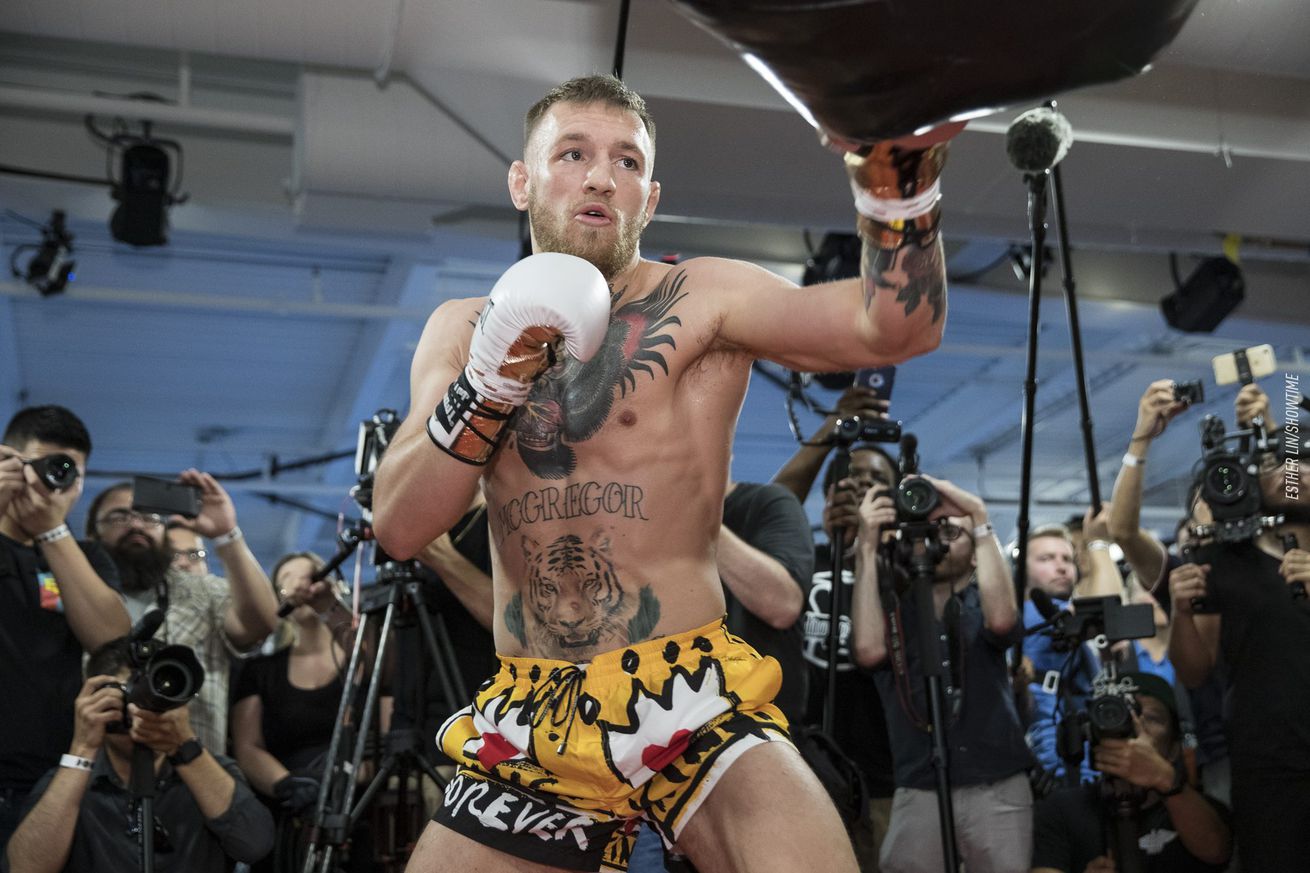 This weekend, Conor McGregor returns after a 15-month layoff, fighting Donald Cerrone in the main event of UFC 246. Itâs the start of what could be an active year for McGregor. The former two-division champion has said he intends to fight at least three times in 2020, hopefully culminating in a rematch with UFC lightweight champion Khabib Nurmagomedov.

But thereâs another rematch thatâs on McGregorâs radar as well, one with all-time boxing great Floyd Mayweather.

âIâd like to rematch Floyd,â McGregor told Ariel Helwani yesterday. âI think we should rematch Floyd. Heâs flirting with [a comeback] and doing all this, he can go and pick someone else, itâs not going to be the same.â

McGregor and Mayweather fought each other in a crossover superfight dubbed âThe Money Fightâ in 2017. The event ended up being one of the biggest sporting events of the decade and sold the second most pay-per-views of all time. As such, McGregorâs fight with Mayweather was the most lucrative one of his career, but McGregor lost by tenth-round TKO. At the time, Mayweather made mention of potentially facing McGregor in an MMA fight but nothing ever came of it. Instead, Mayweather retired after the bout. But recently, Mayweather has hinted at another possible comeback and McGregor believes that if Mayweather does come back and rematches him, he will get to avenge that loss.

âI done phenomenal. I done phenomenal in that bout, and the only reason I lost that bout was because I prepared for a back-footed, Philly-shell style of opponent, and when the fight was like that, I was picking him apart,â McGregor said. âThen, he came forward and started pressing, and I wasnât sinking into my shots like I am now with my boxing coaches that are drilling specific boxing things into me again.

Whether or not it would be a good rematch, considering their first fight it would almost certainly be a lucrative rematch. However, Mayweather is getting older and if it were to happen, it probably needs to happen sooner rather than later. When asked if a Mayweather rematch could potentially be one of his three fights this year, McGregor suggested that it could be.

âYou never know,â McGregor said. âTheyâre good people to do business with, the Showtime people and Floyd. You never know.â

Then again, McGregor says it doesnât have to be a rematch with Floyd. McGregor is itching to try his hand again at boxing and the former champion revealed that his team had already been in negotiations for a fight with Manny Pacquiao.

âBut also I would be open to other boxing bouts,â McGregor said. âManny, we were actually close to signing [a fight with] Manny. Thereâs been talks about a Manny fight as well. There was an offer made on that. Just not yet.â

When asked to clarify why ânot yet,â McGregor said that the timing wasnât right for that bout. But there are other boxing matches he could be interested in too and that he doesnât just want to box because the money is more lucrative there, he wants to win a world title as well.

âVery much so,â McGregor said about his interest in boxing. âAnd the Paulie [Malignaggi] fight. Iâd like to box Paulie as well. I already knocked him out but thatâs a bit of buzz as well. Paulie and a boxing bout. I want to box again. I will box again. I will get a boxing world title.

But first thingâs first, McGregor has an MMA fight ahead of him this weekend. UFC 246 takes place on Saturday at the T-Mobile Arena in Las Vegas.

Witness. John Kavanagh has not witnessed drop in Conor McGregorâs Irish support: âAll I see is mobs of fansâ.

The Fighter of the Year.

Eurobash. Discussing the mood in Ireland ahead of UFC 246, plus John Kavanagh.

The Co-Main Event. Discussing all the questions heading into UFC 246.

Ayo @TheNotoriousMMA are you really sure about that champ, you know we can make that happen, asking for a friend? https://t.co/IvUQK3J7M8

No fan should want this.

There should be a weight class every 10lbs from 125 - 205 IMO @DustinPoirier https://t.co/H0KTaITxQu

USADA is a pox.

usada took blood from me the day of my fight before UFC 230 , lol I almost told them no I wouldnât let them never again https://t.co/iWt2FW3YCb

@ChaelSonnen I heard the Raging one, @ALIAQUINTA is competing in February. The Funky one wants in on the madness, that shall be grappling! Send me the fine de-tails at once!

Thanks for reading and see yâall tomorrow.